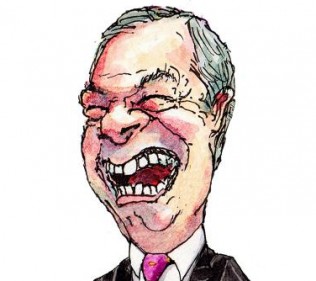 From the outside looking in; being a part of the ‘politically informed’, able to see that immigration isn’t the cause of the problems causing such anger, knowing that the likes of Nigel Farage and the ‘Vote Leave’ camp have abused and used immigration as a scapegoat for political gain, knowing they’re playing on base human fears and engineered prejudices.

Reading about and listening to political figures and ‘ordinary people’ alike talk about the problems immigration is causing, while knowing that it simply isn’t true, or at the very least not anywhere near to the extent that people claim.

It is easy for those of us not informed by the mainstream media, those of us not a part of the misinformed, apathetic and basically oppressed, it’s easy to sit back and be well aware about the nefarious practices and abhorrent vitriolic lies and spin.

It’s easy to rebuke their claims and discuss the truth of it all. Unfortunately, it’s also become easy to criticise those fooled and convinced by the lies, whether knowingly or not, whether intentionally or not.

Knowing that it’s all lies, being on the outside is actually easy, trying to put oneself in the shoes of those which believe in the lies, that’s something we have, arguably and something which is open to debate, failed miserably at.

Having spent time with such people, it has opened my eyes to the struggles which lie ahead in trying to either convince people, that, basically, they’re wrong or putting them on a path of discovery towards the true causes of societies many, many problems.

Imagine having the view, an engineered and oppressed view of immigration, a lot of what Nigel Farage, Vote Leave and the mainstream media says would make sense. That is, if one has never been told otherwise, taught how to think critically, has been relentlessly misinformed with highly effective propaganda for years upon years, has generally been distracted by popular culture, generally been apathetic and generally just tried to get on in life, if one isn’t aware of the mainstream media’s true agenda.

For those of us aware of the truth, it’s hard to imagine what that would be like.

What one has to consider is the complexity of human opinion, beliefs and views. The human mind is extremely malleable, but it’s also prone to defensive stubbornness. Nobody likes to be told they’re wrong, no one really likes to find out they’re wrong, even if they discover it for themselves.

One can believe in ones open mindedness, but cognitive bias and dissonance, not being taught to be open minded, not having the self-esteem to be of the mindset that it’s okay to be wrong. After all, it happens to all of us, no one can expect to be right all the time or expect to know something without external input or without external influence.

Fear: we all experience it. It is something which has been seized upon by rulers time and time again …and again and again…

The blend of human fear, relentless propaganda, under and inadequate education, cognitive bias, cognitive dissonance, the minds general stubbornness and manufactured self-esteem issues. These and many more characteristics, situations, techniques, etc., combine to create an almost perfect recipe for oppression.

Simply telling people that they’re wrong doesn’t work, regardless of the evidence and soundly reasoned and valid arguments that one may make. Especially while the oppressors continue on relentlessly with none of the mainstream, not even our beloved and supposedly independent and impartial BBC, having reported on the ‘truth’, or at least an alternative view, surrounding immigration.

Imagine associating with a group, imagine ‘fitting in’ and then an outsider from your group trying to persuade you to think otherwise, it doesn’t work like that, unfortunately, not usually at least.

Imagine having a view that you believe in strongly, have discussed with people similar to you, have had this view for some time and have had this view justified by what you discuss with people you associate with, justified by what you see and read time and again… then imagine being told that, actually, you’re wrong, your views and beliefs are wrong and you should change what you think and believe.

It’s hard to imagine it, maybe a shift over time, but to do so quickly, in their shoes, I certainly struggle to imagine it.

The dilemma then is… what to do about it?

We can’t just say or do nothing, we can’t not raise awareness to, discuss, write and talk about the truth.

I don’t have the answer, I don’t think there is a single answer or a simple solution, but I do think it is possible and I do think it’s something we need to consider before we can move forwards and make any progress with enlightening and informing people of the truth or of any alternative ideas and views.

This isn’t a criticism of those ‘to the left’ or those ‘politically informed’, I have ideas, as I’m sure we all do, but they’re draft initial ideas and by no means concrete. Right now I’m (trying to be) as open minded as I can be, as to whether or not this is something we do have to consider and then what we could do in moving forwards.

The ploy of those behind the immigration agenda have largely succeeded, there’s no denying that, regardless of what the result of the referendum is.

Despite the knowledge that this contribution could have been used to create jobs, build schools and houses, build without interfering with the green belt. Despite our knowledge of more land being used for horses than for houses and at least as much land for golf courses as for houses!

Despite our knowledge of the ever growing shift of ever more wealth and power to a minuscule minority of those already with the most, from the vast majority with the least.

We have all the answers, the opposing arguments and evidence to completely dismiss, discredit and invalidate the immigration argument. Despite all of this, immigration remains the number one concern for the majority and it remains a cause of great anger to many people.

Their views (manipulated views) aren’t just wrong, but they’re being distracted from the real causes, their anger is purposefully being misplaced and deflected.

Thinking rationally, it’s ridiculous that this has happened despite all of the evidence and truths. With the modern digital world we live in, where anyone with a device of some sort and an internet connection can get things out there, it’s absurd that such blatant oppression can and does happen, can and does happen with much more than just immigration.

To get back to my initial thoughts and point; how must it feel for those with such views, to be told they’re wrong, that they’ve been manipulated, that they should be against the people they currently support? How do we put ourselves in their position and how do we reach out to them without insulting or being derogatory or arrogant?

I appreciate that people won’t feel as though they’ve been any of those things, which I would agree that people haven’t for the most part – I would say that I possibly have within this article, I do appreciate that, but I’m trying to get a point across – but just as with the truth about immigration, the truth of whether or not people have been derogatory and so on, it’s irrelevant if those people have perceived it in such a way.

Why have we, essentially, failed?

Yes, I’ve already said about the blend of oppression and feeling as part of a group and so on, but ultimately we’ve had the tools, the resources and the knowledge to have been able to show people that which we’re aware of, so why have we failed to do so?

For those wondering, this isn’t an attack on Jeremy Corbyn, I believe his efforts have been exceptionally admirable under the circumstances and he has positioned himself in the best way possible following on from the referendum, I think he’s given himself a huge opportunity and I’m proud of his efforts and endeavours!

This is about those of us aware of the truth about immigration, but it’s not an attack. This isn’t an attack on us supporters of Corbyn, of those ‘politically informed’, this isn’t an attack, this is an opportunity to assess how we’ve done, what we could have done and what we can learn to take forwards.

I believe in people, I believe those currently oppressed can change and become aware, but we have to think about why the immigration issue has been able to grow to such an extent and why we’ve not been able to give people the information they need to be able to come to their own conclusions, rather than the oppressed and manipulated conclusions that the eurosceptic Tories and the likes of Farage have engineered.

With regards to the ‘group’ and ‘fitting in’ phenomena; we are in the same group as those currently angry about immigration, we’re angry about the same things – housing, the NHS, jobs, cost of living, schools, public services and so on. We differ by what we believe is the cause and if we can reach out to those angry and combine a focus on what people are really angry about, with informing people about the cause being the Tories and shifting the wrongful blame and attention away from immigration; we can all be a part of the same group, all ‘fit in’ together.

We can free people from their oppression and with the recent increase in political engagement and the sheer level of anger out there, we can combine and work together to oppose the Tories and try to bring about the changes that are desperately desperately needed.

To conclude: Why, despite what we’re aware of and the evidence we have on our side, has immigration become the main concern of the majority?

Why, despite what we know, do people still believe the cause, of what they’re angry about, is immigration?

Have we been able to put ourselves in the oppressed shoes and considered how they feel, think and view things? How they view us.. ?

What could we possibly consider, assess and question before we move forwards?

Is all of this something you’ve already read about and discussed? If so, please enlighten me, please share links and your thoughts, I’m open minded to any and all suggestions…

View all posts by jclarkpolecon

8 thoughts on “﻿I wonder how it feels to believe that immigration is the cause of societies problems?” 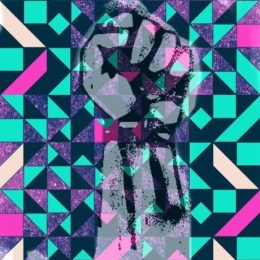